JohnFebruary 21, 2014March 17, 2015 News
Once again, just as happened in August 2011 at a politically sensitive time, a mysterious phone push poll targeted at influencing local politics regarding the airport is in progress.  Airport2Park released the following statement regarding this poll:
——————————————-

At the same time that the City of Santa Monica is exploring all options to confirm its rights over the land it owns at Santa Monica Airport, so that it can close the airport in 2015 when its 1984 Settlement Agreement with the Federal Aviation Administration (FAA) expires, unnamed pro-airport groups are using the controversial technique of “push-polling” to promote a ballot measure that would prevent Santa Monica from challenging the FAA about noise, pollution or safety at the airport, and force the City to keep the airport open in perpetuity.

Former Santa Monica Mayor Michael Feinstein received a call this week from a pollster supporting the ballot measure.  “This week I received a push poll in support of a potential measure that would prevent Santa Monica from changing from aviation uses to a public park at SMO, without it being decided in an election by a public vote,” Mr. Feinstein said. “The measure  would also permanently prevent the City from any further legal efforts to regain control of the land.” He said the call came from the 719 area code, from an organization identifying itself as Insight Research, and was told “some citizens support a ballot initiative” that would require the city to continue to operate the airport, prohibit new park uses there, and forbid the city from filing any lawsuits against the FAA.

“Santa Monica residents bought and paid for this land with a park bond in 1926.  Whomever is behind this poll, seems to believe that the residents shouldn’t pursue their legal rights to the land. Incredible,” Feinstein said. “The fact is, SMO is a local/regional health, safety and environmental hazard, that operates for the benefit of the very few, at the expense of everyone else.”

To try to sell their arguments, Mr. Feinstein said, in what made the call a “push-poll,” the pollsters used a fear-based approach, which is strategic when you don’t have the facts on your side. According to Mr. Feinstein, “the way they phrased their questions was to scare residents to continue to operate the airport, lest the city develop a giant commercial/residential complex there instead. They were like the ‘astroturf’, fake-green groups pretending to be in favor of the environment, when in reality their practices are not.”

At the present time the sponsor of the poll has not come forward. According, however, to John Fairweather, chair of Community Against Santa Monica Airport Traffic (CASMAT), the poll was reminiscent of another push-poll conducted on behalf of the Airport Owners and Pilots Association (AOPA) in 2011 when Santa Monica was initiating its review of airport operations in anticipation of the expiration in July 2015 of its 1984 Settlement Agreement with the FAA (see here and here). While AOPA initially denied involvement in the polls, the national organization of aviation businesses and pilots later admitted paying for it (also here).  At the time, CASMAT and other anti-airport groups soundly criticized the methodology of the AOPA’s poll and the validity of any results from it.

Airport2Park.org, the group that residents formed in 2013 to turn the airport into a great park, recently sponsored a panel discussion at the Santa Monica Main Library, which Feinstein hosted (see here). At that panel, it was demonstrated how Santa Monica can develop and operate the park without new commercial development. Video of the panel is available here: Airport2Park event videos.

“The City’s obligations to operate the airport end in 2015, and it is time to start planning for a  greener future there.” said Gavin Scott of Airport2Park. “Furthermore, such development as projected by pollsters is never going to happen. The one time a past City Council tried to approve new commercial development at the airport, residents gathered 8,000 signatures to qualify a referendum against it, and the Council backed down and rescinded the project (see here). Fortunately Santa Monicans can build and operate a park without new commercial development.”

A number of other people have told us that they are being contacted for this latest poll.  Last time around the survey was conducted for the Airline Owners and Pilots Association (AOPA) which is a major national lobby organization for aviation interests. 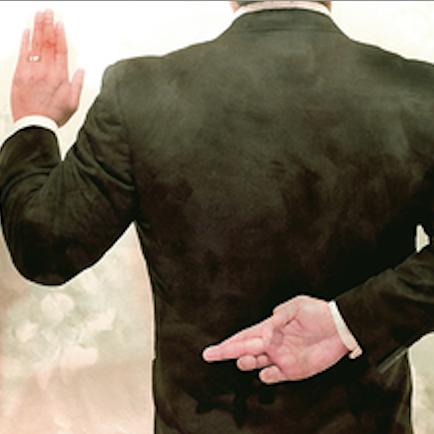 Just as before in August 2011 (see here and here),  it appears that AOPA has denied any involvement in this survey to the local press.  Last time the AOPA denial was subsequently shown to be a lie by their vice-president Bill Dunn’s later statements to the press (see here) on May 9, 2012.  In that later interview, Bill Dunn explicitly takes AOPA ownership of the survey and tries to use it to support his position.  Clearly AOPA denials cannot be taken seriously, as the incredible similarity of the two scripts reveals (see below).  These two scripts were recorded on each occasion, more than two years apart, by a different individual taking each survey.  It appears indisputable that once again ‘Insight Research’ has been contracted by AOPA, denial notwithstanding.

The truth is that once again, national aviation interests are attempting to meddle in Santa Monica politics, no doubt the threatened ballot initiative will ultimately be entirely attributed to them.  The agenda appears to be to scare voters out of a once in a generation opportunity through misinformation, while also testing the water for an AOPA financed ballot initiative designed to tie the city’s hands as far as control of its own property.  Of course this is the only option available to them, since they are well aware that the City has the right to do anything it likes with SMO when the agreements and leases end in 2015.  The FAA motion to dismiss was simply a delaying tactic; the only way for national aviation interests to get what they want is to manipulate Santa Monica politics and fool the electorate.  It is clear that we should see such tactics as tacit admission of weakness and a sign that the City’s lawsuit is right on target, if temporarily delayed.

Santa Monica residents are not fools and will not allow themselves to be so transparently manipulated by outside forces that care nothing for our city or the people in it.
If you want an insight into the AOPA strategy to manipulate residents by the outrageous and false accusation  that Airport2Park activists are simply shills for real estate developers, you need look no further that their recent SMO call to action video posted here.  AOPA describes SMO as “The most threatened airport in the nation” – sounds promising to me!