As a result of community pressure, flight schools at SMO have agreed to a voluntary reduction in pattern flying activity during the evenings.  The following was the official city press release today:

The original signed statement from the flight schools can be found here.  While the community appreciates the symbolic gesture on the part of the flight schools, we must point out that this offer falls far short of compliance with the intent of the SMO pattern flying ordinance:

Touch and Go and Stop and Go operations are prohibited on Saturdays, Sundays, and holidays, and during weekdays between one-half (1/2) hour after sunset and 7:00 a.m. of the following morning. This restriction shall not apply in emergencies, where necessitated by safety considerations, or when required by the Federal Aviation Administration.
This ordinance is badly worded and instead of banning pattern flying during these periods it explicitly mentions touch-and-go and stop-and-go maneuvers.  This has allowed the flight schools to circumvent the intent of the ordinance by executing taxi-back maneuvers.  This is why they are still able to perform pattern flying in the evenings and on weekends despite the ordinance. 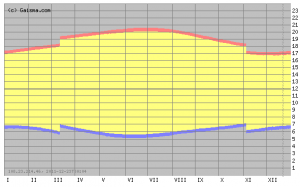