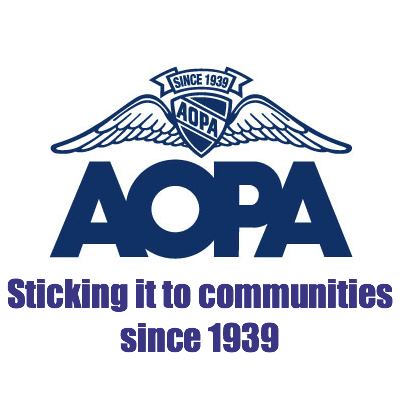 As predicted by CASMAT more than a month ago, the national aviation lobby organization AOPA, has pushed ahead with filing their deceptive attempt to handcuff the City and prevent it from gaining control of its own property.  The initiative was filed just two days after the Council unanimously approved a staff report recommending elimination or closing all or part of the airport and repurposing the land for low intensity use such as a park.  Amazingly enough, AOPA was able to announce the fact that the initiative was filed with the City clerk long before any other news outlet found out.

Actually, it is not amazing because AOPA itself, as the earlier CASMAT post clearly shows, is bankrolling this effort to dupe Santa Monica’s citizens into giving up their one and only chance to fix the lack of park space in this city.  The initiative is carefully (if transparently) crafted to play on the public feelings regarding the Hines project by pretending that the airport is somehow similar.  It absolutely is not as Council remarks at the meeting make abundantly clear.

No doubt they figure that if they incentivize paid signature gatherers by $2 or more a signature (Update 4/26: currently the amount is $4/signature and increasing as their time deadline approaches), they would be happy to lie to the electorate, and for perhaps as little as $30,000, AOPA hopes to find 10,000 suckers in the Santa Monica electorate that will believe their outrageous lie that Council intends to develop the land and create a new Playa Vista.  It is our understanding that it takes the signatures of 15% of the electorate (say 9,000 signatures + 1,000 to handle invalids) for an initiative to alter the City charter, and that is exactly what they plan on doing.

To see how ridiculous this is, see the video below where the Council members make abundantly clear that such a thing cannot happen, and explicitly direct staff that only low-intensity uses such as a park are to be allowed on any land freed up as the airport footprint is reduced.

Flora Yin is an attorney at Reed & Davidson, LLP an LA law firm specializing in politics and in particular, and I quote:
Ballot Measures
Well it should be pretty clear who AOPA is paying to conduct and craft this atrocity.  Can you say busted?  No concerned citizen here.
Nikos Kokotakis is an actor  and judging from his bio, he is going to be the front guy for this initiative and the one who’s job it is to put a human and sympathetic face on it.  He is also a fan of flying.  Seems like they’ve got the whole team assembled.  Let the games begin!
Tell everyone you know.  The more people that know the truth about this before the signature gatherers reach their goals, the harder it will be for them to con people into signing.  At $4 a signature, they are highly motivated!
Update 3/28: Supporters of SMO File Paperwork for Ballot Initiative (SM Lookout, Mar 28, 2014)
Update 3/38: Desperate Times, Desperate Measures, Desperate Companies that Rent Corporate Jets (The Healthy City Local, Mar 28, 2014)