The CASMAT petition in support of the Airport Commission recommendations has now closed.  In all there were a total of 1,812 signatures.  After eliminating duplicate signatures by the same individual, this number was reduced to 1,687.  The pie chart below shows the distribution of signatures by ZIP code for the signatory’s residence:

On-line signatures contained address, e-mail, and other details, which were used to verify the signatory.  In addition, a significant number of petitions were submitted by mail in response to various flyers and petition inserts in local newspapers.  The text of the petition read as follows: 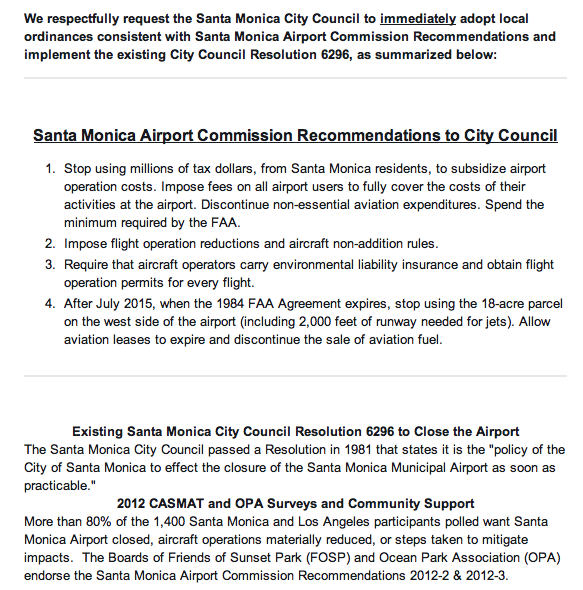 The Airport Commission recommendations are summarized below (see originals here, here, and here):

We will be presenting these petition results to the City Council in the new year, and advocating for the council to take decisive action in support of the recommendations based on the widespread public support as indicated by the petition and the earlier CASMAT survey.