The following articles relating to SMO have appeared in the press during August 2012:

Aug 10, 2012 – Below is the WebTrak record and registration details for N41KA, the plane that crashed this evening near SMO: 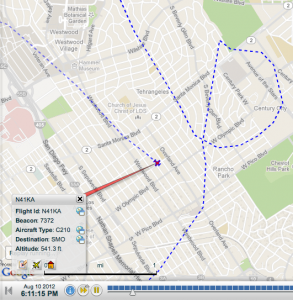 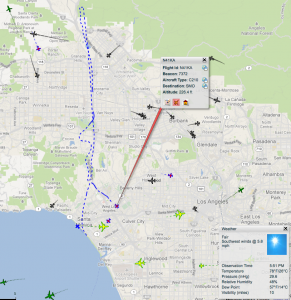